There is absolutely nothing wrong with the idea. In fact, this step is a way forward for Facebook as it provides a seamless experience for Facebook users.

In last few years, Internet speeds have improved throughout the world. Also, Internet’s reach has become wide, thereby high making high-speed internet availability no more a luxury which people like you and me earlier could not afford.

From content perspective too, the introduction of video content as I mentioned earlier is a step forward.

Also from the revenue point of view, it makes sense to have publishers upload videos directly to Facebook than have videos from YouTube become a part of Facebook’ s newsfeed.

Plainly speaking, they all earn from the ads displayed on their platform.

To expand their ad network reach, Facebook needs another medium to increase their ad base.

Facebook probably wanted their ad mechanism to be a little hat-ke (different) and decided to come up with a feature called “Facebook Mid-Roll Video” ad.

Living true to its name, facebookmid-rolll ads start in the middle of videos uploaded by publishers.

You click the play button on a video and they go to-da. Oh, wait….You don’t. These days video play themselves annoyingly as soon as you scroll over them.

As soon as a video started playing, Facebook waits for 20 seconds before showing you an interruptive, intruding video disrupting your attention.

Can you beat that? How irritating is the mid-roll ads feature of Facebook?

And this is not it.

It’s like asking me to eat a chocolate and just after having two slices, when i am on the verge of entering my sweet zone, you stop me and ask me to try something bitter.

Thanks, but no thanks for your experiment. I can live without getting my taste buds tickled the wrong way.

They seriously should consider a few innovative methods to improve their platform rather than creating badly aped features from other famous websites.

And I know I am one of the users complaining at the pitch of my voice.

What about the publisher who expects to make money from the videos?

Now, Facebook has been testing the mid-roll video for last few months with different publishers.

The results to start with have not been very encouraging for end users.

“Five publishers participating in Facebook’s mid roll ads test, which began in March, said the product isn’t generating much money. One publisher said its Facebook-monetized videos had an average CPM of 15 cents. A second publisher, which calculated ad rates based on video views that lasted long enough to reach the ad break, said the average CPM for its mid rolls is 75 cents. (Facebook’s mid roll ads don’t show up inside videos in the first 20 seconds, which means many three-second video views aren’t “monetized views.”)

A third publisher made roughly $500 from more than 20 million total video views on that page in September.* (This publisher had not calculated its CPM, as its total video view count includes videos that were not monetized by Facebook mid rolls.) A fourth publisher confirmed revenue was low without giving specifics. (A fifth publisher, when asked about its Facebook mid roll CPMs, responded by texting lyrics to Flo Rida’s “Low.”)” (source : https://digiday.com/media/facebooks-ad-breaks-are-not-bringing-in-a-lot-of-money-for-publishers/)

They surely don’t look so happy with the above numbers.

As per facebook’ s law of the land “You only get paid if the user consumes the ad?”

The above rule is a problem for most of the videos from publishers.

Also, since most videos are a part of the newsfeed they do not get the kind of attention as the videos get in YouTube.

They will wait for a user who is at his wit’s end to patiently wait until the end to complete the video.

Facebook’s internal team might be showing them “amazing” results in different scenarios but as an end user, I can write with confidence.

The mid roll video feature does not roll well for me.

The last I heard, Facebook might be looking to shift from mid roll ads to pre-roll ads.

Again, they are going back to what youtube does. 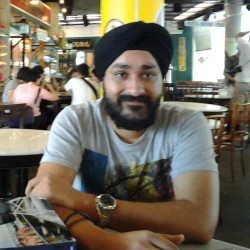 Learner at The Sharp Brain
Jasmeet is one of the brains behind The Sharp Brain. Although, not the sharpest brain amongst the team he gets to lead the team because of the "founder" designation next to his surname.

He shares his startup experiences at http://lessonsatstartup.com

Latest posts by Jasmeet (see all)

What our experts are sharing